Season 2 of the LEGO Super Heroes Series has started! Woohoo! I can't say how relieved I am to have finished this episode. It was getting pretty stressful towards the end, but more on that later.

So, Superman's Rampage...it's kinda dark if you really think about it. A lot of people die and in pretty gruesome ways. But that was the whole point. It was meant to shock and awe. To start Season 2 off with a bang. Unlike the first season, where I gradually introduced the characters and had them team-up at the end, I wanted to have the Justice League present from the very beginning. You guys already knew that they'll team up at the end because you saw that in Avengers Assemble, so I wanted to mix it up. Now, not all members were in Superman's Rampage so don't worry. New characters will be introduced along the way.

Let's talk a bit about how everything came together in the video. I was hell bent on making this episode bigger than anything I've done before. I wanted destruction and a city background. Since I barely have enough bricks to build a room, let alone a city street, I had to improvise; so I contacted Patryk from +Titan Pictures to see if he would be willing to share some of his building designs with me. Luckily, he was kind enough to do so and I can't thank him enough for this. For those of you unfamiliar with Titan Pictures, you should go check out his channel. He has a great TMNT series going on.

Once I had the buildings that I needed, everything was pretty straightforward. Filming didn't pose any difficulties. With one exception. The desk that I film on isn't that big, so when it came time to shoot the Batmobile racing in the streets I didn't have enough space. Enter the picture below. I had to lay everything on the floor to be able to shoot the scenes. Moving around was almost impossible. I do like how it turned out though, so I'm thinking of doing a longer chase scene in the future. 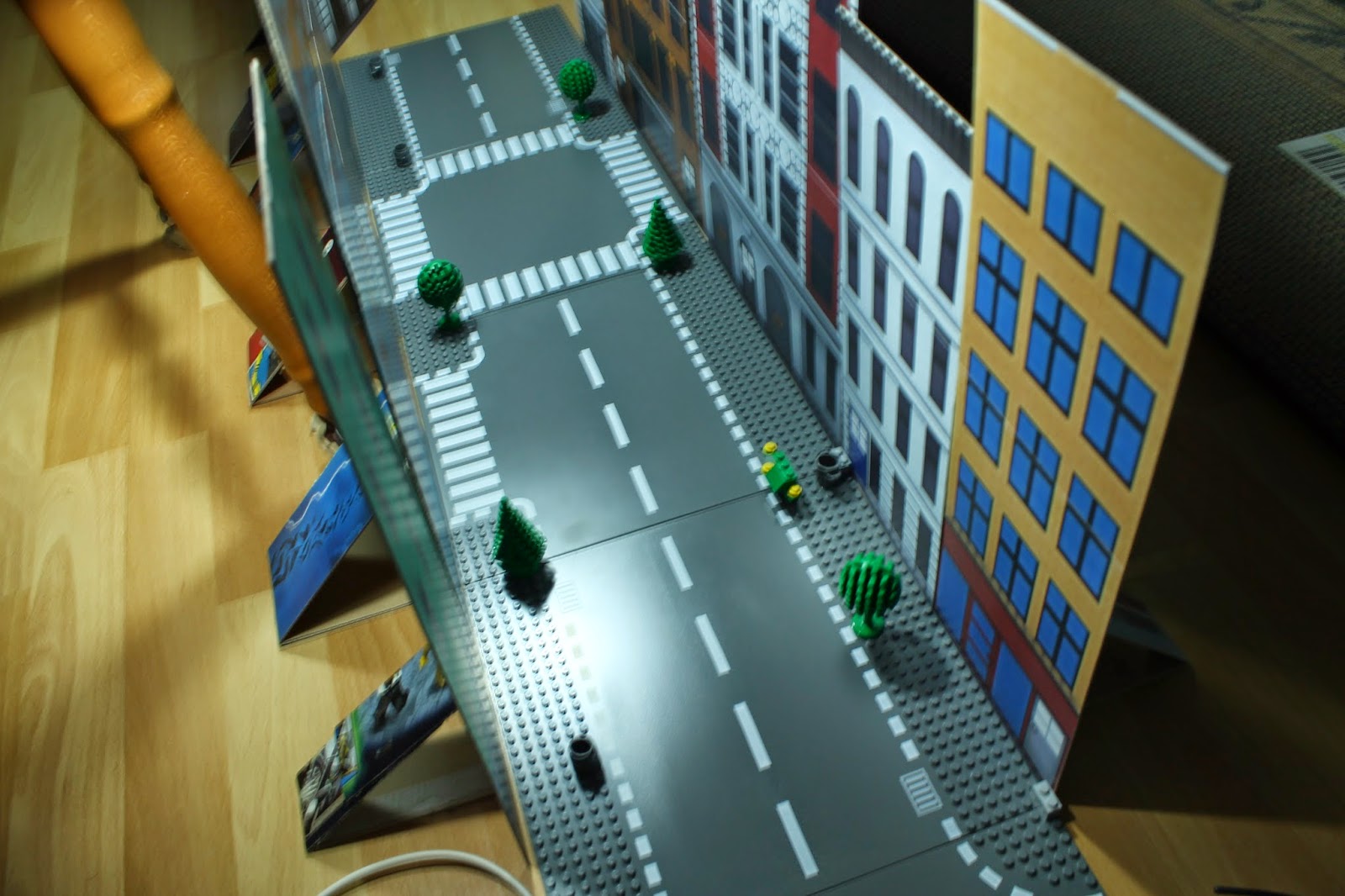 While pre-production and production went smoothly, the same can't be said for post-production. It was a pain! I don't think I've done this much masking and frame by frame tracking in the whole of season 1. Besides the usual mouth movements, every time someone moved at super speed I had to mask frame by frame, every time a lens flare moved I had to keyframe the position, every time someone moved in front of the fire/flare I had to mask him out frame by frame etc. It was horrible! But no pain no gain right? We all have to do it. I can still whine about it though :P.

In this episode I got to use HitFilm2 Express for the first time. If you don't know, HitFilm2 Express is the lite version of HitFilm2, which is an alternative to After Effects. I used it to create the fire, smoke, embers, debris and explosions since the software has these effects built in. What I did was create the effects I needed on a black background, export the footage and then import it into After Effects. I'll be using this technique from now on since you have more control over the elements rather than just having stock footage.

And finally, the thing that killed my morale...the sound design. More specifically Green Lantern's powers and Superman's laser vision. What on Earth do you call the sounds that those make? Seriously. I've scoured freesound.org for some sounds that would make sense to me and got nothing. Well, not exactly nothing; I did get those humming sounds that I used, but I'm still not 100% satisfied with how they sound and fit. It's a lot better than having no sound at all though.


Anyway, that was it for this episode. I hope you guys enjoy it and share it around for others to enjoy it also.

Thanks and see you next time,
Atlas Animationz